AMVR Oculus Rift Stand Review
£20.22
Buy this item
Low cost
Easy to setup
Looks good
*This post may have affiliate links. For example As an Amazon Associate I earn from qualifying purchases, which means if you purchase something after clicking a link I may receive commission (don't worry, there's no extra cost to you). This helps support the work I put into the site.

AMVR have just made an Oculus Rift Stand that looks good and is low cost.

The Oculus Rift is an amazing VR unit, especially when you add the touch controllers, but it’s also a bit of a pain to store when not in use, you’ve got to find somewhere safe for the headset and controllers that doesn’t take up loads of room on your desk.

I’ve seen a few Oculus Rift stands available but all had been rather high priced for what they were.

The AMVR stand is different, it’s very reasonably priced and has been designed to be compatible with a range of headsets, not just the Rift (or Rift S):

To allow such a wide range of headsets to be used with this you’ll find it comes in pieces and requires assembly into different configurations depending on the headset you’re going to use.

Instructions are easy to follow and it really didn’t take long to set up. It’s designed to work without being glued together, but just watch out when moving it as it doesn’t lock together so when you pick it up it can fall apart, but seeing as I leave it sitting in the same spot this isn’t an issue for me.

This is a great Oculus Rift stand, perfect for either the original consumer Rift or the Rift S. Holding both the headset and touch controllers keeps everything nice and tidy, what more could you want? 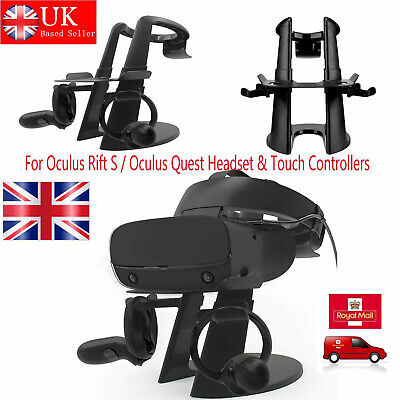 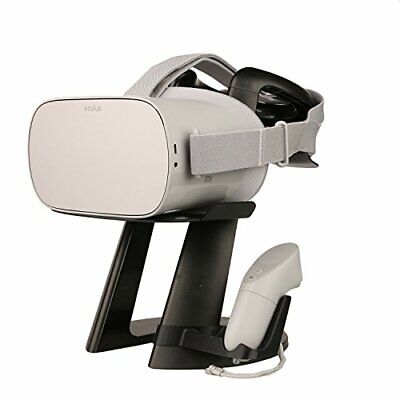 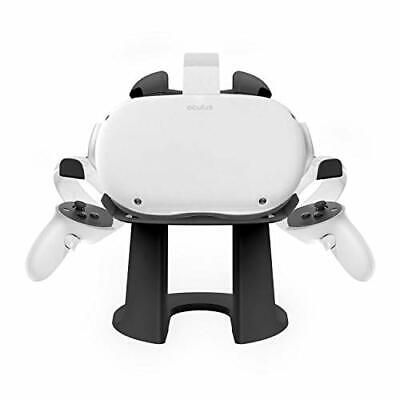