ASUSTOR AS-202TE Review
£11.08
Buy this item
HDMI out for direct playback to TV
Remote control via apps
*This post may have affiliate links. For example As an Amazon Associate I earn from qualifying purchases, which means if you purchase something after clicking a link I may receive commission (don't worry, there's no extra cost to you). This helps support the work I put into the site.

ASUSTOR are probably not a brand you’re familiar with, you probably don’t know about their range of home and work NAS devices and it’s likely you’ve never considered buying one of their NAS drives over brands such as Synology, Buffalo or Netgear.  All that is about to change, the ASUSTOR AS-202TE is an amazing device and if you’re considering a NAS I recommend you immediately go and get one on order.

At the time of writing the diskless version was priced at a little over £200, the AS-202TE is a huge leap in evolution from your basic Network Attached Storage device.  Yes it offers network storage, but it does so much more, it’s more of a Network Attached Storage Computer on which you can install additional software to give you many more features and allowing the flexibility to tailor your NAS to your exact needs.

When you unpack the AS-202TE you’ll find a power supply, companion CD containing the setup guide, user guides and manuals, and two bags of screws to fix your hard drives into place.

Keep in mind to use this as a media server you’ll also need a HDMI cable and either the ASUSTOR remote control, or a spare keyboard/mouse.

The AS-202TE is a nice sized unit, a little larger than a Logiteck ReadyNas Duo.  It has a black faceplate and gunmetal sides.

On the front you have the power button, two drive bays which can accommodate either 2.5 or 3.5 sata drives, and a USB 3 port.

Round the back you have the cooling fan, ethernet connector, power, 1 USB 3 port and 2 USB 2 ports.

Setting up the ASUSTOR AS-202TE

Setup was incredibly easy, in around 10 minutes the AS-202TE had been unboxed, a drive fitted, connected to the network and the setup procedure started on a PC.  ASUSTOR have a list of compatible hard drives on their website and a Seagate Baracuda 3TB driver was selected from Amazon:

Once the hard drive is installed and the AS-202TE is powered up you go through a simple setup process via a web wizard which worked brilliantly.  ASUSTOR are to be congratulated not just on how easy it is to setup the AS-202TE but the effort they’ve put into the user interface, it looks modern, clean and has clearly borrowed ideas from the mobile industry in terms of presentation.

The slick presentation continues on the main dashboard, with features controlled via mobile app like icons.  As you’ll see from the setup video, the first time you log in you’re given a brief overview tour.  The interface is very intuitive and you’ll be installing new apps within minutes of completing the setup process.  The design lends itself to being viewed on a number of different platforms, it looks great on PCs and TV mobiles, tablets and even TVs.

There is a lot of functionality on offer, too much to cover in this review, so keep an eye out for further articles on specific features on offer, for now check out just how easy the setup is in this how to video.

ASUSTOR AS-202TE as a Media Centre

What’s the best media NAS?  A common question if you’re a home user who uses a NAS for storing media such as videos, music and photos, which are streamed to other devices.  While that functionality is all present and correct in the  AS-202TE, it has a special trick up it’s sleeve: a HDMI out port and XBMC built in.

The HDMI port located on the back of the AS-202TE allows you to connect it directly to your TV.  Switching to the appropriate input on your TV and you’re presented with the NAS dashboard.  The dashboard shows nice big icons for the apps you’ve installed, but the interesting one for this section if the XBMC app.

Having run XBMC on both a Raspberry Pi, mobiles, tablets and a decent PC it’s clear there are different levels of running XBMC.  On lower end devices such as the Pi the menu feels sluggish, fortunately the AS-202TE it feels very fluid and smooth, with menus opening quickly and the default skin Confluence a joy to use.

At the time of writing the AS-202TE runs version 12.2, “Frodo”, of XBMC and once you’re in you can treat it the same as on any other device, so you setup your locations, set your scrapers, install any add ons you like to use, it’s business as usual.

And for those looking to stream around the house you can install the fantastic Plex media server.  Like XBMC you just need to install the app and tell it where you keep your media, and then it’s available to any devices running Plex.

In use, using a Roku LT, the service worked brilliantly.  The Roku had no problem connecting to the server once the Plex channel was installed and it steamed media without any problems.

You can also turn the AS-202TE into a sort of PVR by installing Sickbeard.  You tell it what TV shows you want to watch, tell it which directory to use and then leave it alone to sort the rest out itself.

Migrating from a ReadyNas Duo V1, which makes for an excellent Logitech Media Server, it was initially concerning that this option wasn’t available.  However, upgrading the firmware to the beta version allows you to install a beta Logitech Media Server app for use with the brilliant Squeezebox range of media players.  Upgrading also gave access to a couple of new features, including “Takeasy”, which allows you to download YouTube videos, and “SoundsGood” which allows you to play your music via a web interface.

A NAS of many talents

The number of apps is fantastic and allow you to use the AS-202TE in many different ways, each of the following categories has a selection of apps suitable to the job at hand:

To give you an idea what some of those mean, apps include WordPress, Moodle, Drupal, Joomla!, Zen Cart, Python, and an app to monitor your CCTV cameras.  This is really just a tiny taste of what’s on offer and I’d recommend checking out the live demo available on the ASUSTOR website that allows you to log into a demo NAS and view all the apps currently available.  Essentially you can try before you buy.

The app support continues away from the AS-202TE in the form of supporting mobile apps.  At the time of writing there are 4 apps available for your mobile to control various aspects of your NAS.

AiMaster gives you a basic control panel to access various functions of the AS-202TE and allows you to receive push notifications from the device.  As well as managing which apps are on or off you can also control the power level (ie night mode, sleep mode, or switch off).

AIRemote gives you a remote control for use with the TV media interface.  As well as a basic arrow interface for navigating menus and a play/pause/back/forward for controlling music playback there is also a nice mouse replacement interface that turns your mobile into a little track pad with left and right buttons. This is very useful if you don’t happen to have a spare keyboard and mouse but want to access the browser or menu  system.  Worth noting that the XBMC remote app also works fine within XBMC if you prefer that route, or you could use the more traditional, options, IR remote control, but neither will be as useful as this app for the controlling the browser menu system.

AiData is a file management app which allows you to browse the files you store on the AS-202TE.  This gives you Dropbox like access to your files, you can browse them in the app and if you need to grab a file you can download to your phone.  You can also upload files to the NAS.

AiDownload is a download manager which connects to the AS-202TE and controls what your NAS is downloading.  You can check on the status of existing downloads plus you can add additional download requests.  It comes with a built in search function and options to configure the maximum upload and download speed.  As you can install additional apps, such as Transmission, you’re not forced to use this app to control your downloads, for example the Transmission mobile app can be used to connect and control Transmission on the NAS.

Although these are the official mobile apps, as I’ve noted above there are additional 3rd party apps designed for various programmes such as XBMC or Transmission that will work with the AS-202TE.  If you are already using such apps it means all you need to do is set them up to work with your new NAS.

In short the AS-202TE is a brilliant NAS and a must buy item for those looking for an easy to use, flexible, interface that offers a lot of features.  It seems like I’m only just scratching the surface of what it can do and ASUSTOR look keen on adding to the already impressive range of apps and features.  Wondering if you’ll miss features of your old NAS?  Don’t be, this has got all the bases covered and so much more.  A brilliant NAS from a manufacturer that seem to have come out of no where with an incredibly polished product.

The ASUSTOR AS-202TE is available to buy now on Amazon: http://goo.gl/yPdkWU

With there being so much to this NAS keep an eye out for additional videos (will be added to a dedicated YouTube playlist, below) and articles on the site about the many features it offers.

9 Total Score
Easy to use NAS with loads of features 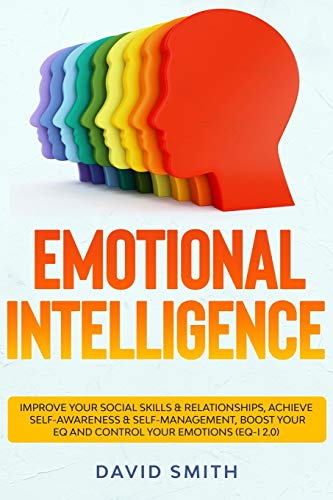 Emotional Intelligence: Improve Your Social Skills & Relationships, Achieve Self Awareness & Self Management, Boost Your EQ and Control Your Emotions (EQ-i 2.0) 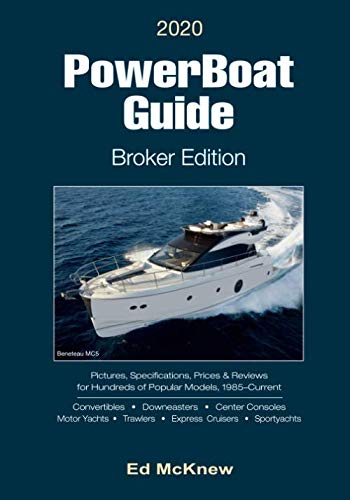 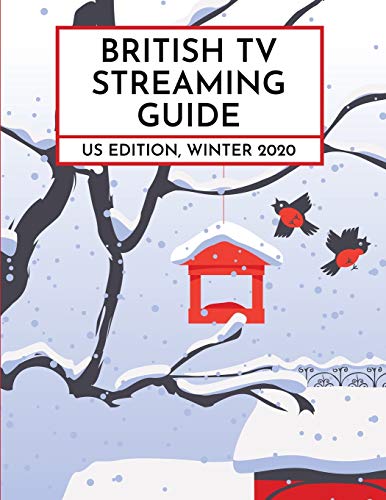 Available on Amazon: http://goo.gl/yPdkWU Written review: http://goo.gl/ck9qOW So many features on this thing, further videos demoing them to follow!