The LG G2 was a good phone, the LG G3 takes all that goodness, refines it, and delivers an absolutely brilliant phone. The interface has been simplified, the screen improved and the camera focus made lightning fast.

In terms of tech. specs you get a 5.5 inch Quad HD screen, which gives a display resolution four times greater than standard HD, a Snapdragon 801 processor to keep things very nippy, a 13 megapixel camera with laser auto focus and a 3,000 Mah battery to power it all.

The QHD screen might make you wonder if the battery will last long, LG have thought of this and have added adaptive technology to the LG G3 to reduce the power used.  For example when looking at a still image you don’t need a high frame rate, the phone adapts to this therefore reducing power used.  And having the QHD screen is worth it as it doesn’t matter if you’re looking at photos/videos or playing games everything looks brilliant and really sharp.  While that sounds very impressive in real world use battery life was average, with a charge needed at the end of the day. In the LG G2 review the plasticky nature of the design really let down the G2, made it feel far cheaper than it really is.  LG have addressed with on the G3, gone is the cheap plastic feel and while they’ve not used metal, like HTC, the use of dark colours and a textured back give the G3 a far more premium feel.  Physical controls on the G3 have been kept to a minimum, with LG wisely choosing to keep the volume and power button on the back for easy of use, meaning you can operate the phone in a single hand despite it’s size.

The power button has been changed to be a circular button and this change is part of an overall design shift on the G3, LG have chosen to ’roundify’ various elements of the user interface giving the G3 a nice crisp looking take on Android.

Also round the back is a new addition, the laser auto focus.  This might sound like a bit of a gimmick, but in use the laser focus is really fast, as in you just point it at something, hit the shutter key and the photo is taken.  No delay while the G3 attempts to sort out the focus, just ‘snap’ and it’s done.  The laser focus makes this a true point and shoot device and the 13 megapixel camera does a great job of taking photos. An interesting addition is an after focus mode allowing you to take a photo and then adjust the focus on it. This mode feels a little like LG attempting to mimic the HTC One M8 focusing ability and not really pulling it off. I found it isu a useful mode if you can’t get the phone to focus on a small item, such as a spider in a web, as you by manually adjusting the focus you can pick the best looking shot.

For a smartphone the LG G3 does a good job of creating a depth of field without having to put it into a special mode or adjust any settings.  Burst mode has also been better integrated, on the LG G2 you had to select burst most then snap away, now you just hold down the shutter icon and burst mode will activate automatically.  It’s a small change, but one that goes to show LG have really been thinking about how to simplify phone use since the G2.

Phone manufacturers love putting their own software on to make things seem different to other Android phones and a lot of this is bloatware that doesn’t really add anything.  The LG G3 features some additions, and instead of making you ask ‘why have they put that on’ you’ll be asking ‘why haven’t other manufacturers done this?’.

First up is the LG G3 Smart Notice, which is best described as your phone acting as a personal assistant, an onboard Google Now.  This assistant has been designed specifically around your phones data and events, so for example if you get calls from an phone number not in your contacts the Smart Notice asks if you want to add them to your contacts.  If you’ve not used a certain app for a while it asks if you still need it or if you’d like to delete it to free up space.  It also acts as a weather app but instead of the standard hourly forecast it gives personal advice, for example suggesting you need an umbrella as rain is expected later.  Smart Notice is a very simple to use extra and it works really well, it was especially nice to see the notice suggesting a spot of stargazing was possible due to clear skies!

The second useful addition is the LG fitness app.  Acting as one of the home screens rather than an app you need to launch, the fitness section gives you a built in pedometer that tracks your daily steps.  It’s easy to use and means you don’t need to worry about wearing an extra pedometer when out and about.  It also allows you to track specific activities such as running, bike riding etc and will plot a map of the route taken.  The interface is easy to use and the system works really well for keeping an eye on your day to day activity. It would be good to see this opened up for use with services such as Withings or Fitbit.

There are so many other nice features, such as the Knock Code and KnockOn for east phone access, QSlide apps and split screen mode that lets you multitask with several apps at once, the remote app allowing you to control TVs/set top boxes etc, and the smart keyboard which allows for quick and easy text editing without having to reach across the screen.  LG have packed so much in you’ll need to spend time learning about each one to really get the most out of the G3.

Overall the LG G3 is a fantastic all round phone and certainly the best phone LG have ever produced.  The QHD screen is brilliant, but most people would probably have been happy to trade this in for a a lower res. screen in return for better battery life.  You get a lot of phone for you money and while it’s not got the same premium feel as the HTC One (M8), gone is the cheap feel of the LG G2. 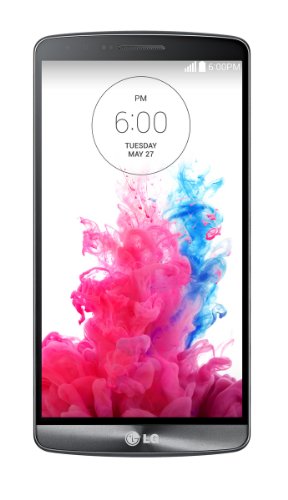 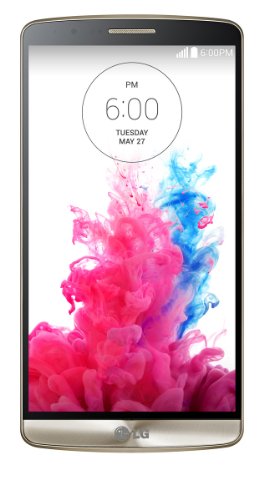 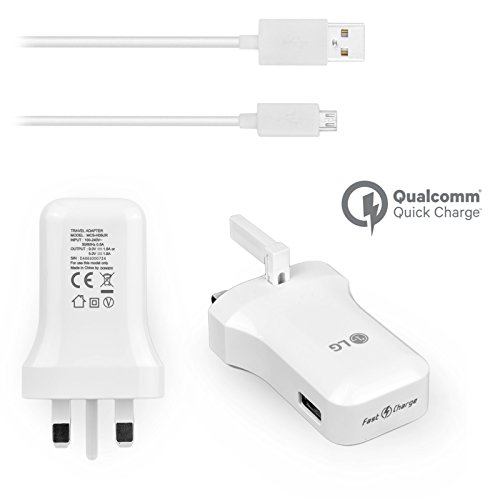