The Sumvision Cyclone Mini PC stick is rather amazing, giving you a fully FULL Windows PC in a tiny form factor.

Excluding the HDMI connector it’s only about 10cm in length, a far cry from the bulky desktops you see in offices. It packs in decent specs for the price:

Included with the Cyclone Mini PC was a HDMI extender, useful during setup as the stick was a little too wide to use with the spare HDMI port on the TV due to other HDMI connectors.

The ridged design is to help with heat generated, and the Cyclone Mini PC can get rather warm, so if things are a bit packed around the back of your TV I’d recommend using the HDMI extender or plugging into your amp to keep it in open air.

You’ll need to provide a wireless keyboard/mouse, in the video below you’ll see the highly recommended Sumvision Wireless Air Mouse which is both a keyboard and mouse and is brilliant for the livingroom.

Windows 8 is OK on the TV, the desktop mode is a bit small but tablet mode is OK. Windows very quickly flagged that the Cyclone Mini PC can be upgraded to Windows 10 and it’s recommend you do so as soon as you can as the interface is a massive improvement over Windows 8.1. Set Windows 10 to tablet mode and combined with an airmouse this is a brilliant interface that is much easier to use than Windows 8.1.

Being portable and HDMI you’re not restricted to TVs, you could plug this into a projector and with full windows that would mean you don’t need to carry a laptop about. The tiny size also makes the Cyclone Mini PC a good choice for those travelling who still want access to streaming services on the go.

The inclusion of a micro USB port means you’ll need to either use a USB hub to connect more than one device, or make use of an adapter cable. In the review video you might notice the use of a cable, the airmouse receiver is in the full USB port and an Xbox wireless receiver dongle plugged into the micro USB via the converter cable.

Although the Cyclone Mini PC is capable of playing games it’s not really a strong point, you’ll see in the below video that games work and are playable but they’re not overly smooth. This is to be expected with such a tiny PC, after all a decent graphics card dwarfs this tiny stick.

The Cyclone Mini PC is a brilliantly compact portable computer.  If you already have a decent gaming PC this is a fantastic way of liberating your Steam collection and playing it in your living room. If you want to give you TV some major smarts, this gives you access to all the applications you could want. The Cyclone Mini Micro PC, when upgraded to Windows 10, makes similar Android boxes and sticks rather redundant. 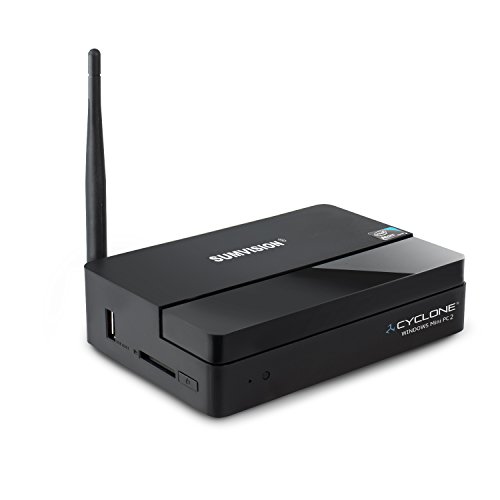 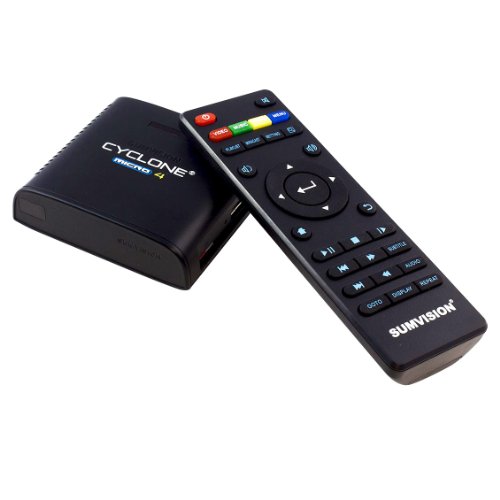