Review of the OBSBOT AI camera, which I backed during it's campaign but it's now available from: Amazon.co.uk: https://amzn.to/2Zvpjh3 Amazon.com: ...

Obsbot Tail is an AI driven camera originally crowdfunded on Indigogo and Kickstarter, which is ideal for those who film solo but would like movement while filming. I was a backer and had a delay in arrival while the campaign progressed, something you won’t experiance as it’s now widely available via Amazon.

I was impressed with the packaging, it’s a professional looking product that arrived in a mostly black box with a red panel from the inner box.  Opening it up I found the Obsbot snugly tucked away in the included carry case, a great addition as this has been designed with portability in mind, along with USB type C charging cable.

I found setup very simple, I download a companion app to my mobile, powered on Obsbot and connected to its Wi-Fi.  An initial firmware check was carried out, requiring me to disconnect from the Obsbot Wi-Fi and reconnect to my home Wi-Fi to download the file.  Reconnecting to the camera started the firmware update, something I’ve had to do this a couple of times since launch.

Obsbot firmware has had several updates with more planned.  It’s a brand new product, I expect there will initially be a number of updates while it’s improved and has features added.  I’ve not had a problem using the app to update the firmware, but you do have the option to download the latest version from the manufactures website: https://www.remo-ai.com/obsbot-tail/download

At the time of review users are waiting on for an Obsbot Tail firmware update that will allow the camera to be used for livestreaming, a highly anticipated feature judging by comments in the backers Facebook group.

I’d also like to see better automatic white balance.  For the review video I did a lot of outdoor filming early morning, ideal conditions as the light was perfect for filming, but found on review the footage didn’t look as good as expected or as good as the recently reviewed DJI OSMO Action camera I’d also been using.

It’s early in the product life cycle and I’ve been impressed with engagement by the team with users, I hope we’ll continue to get many updates and feature improvements.

Hat’s off to the designers, Obsbot Tail camera is a great looking bit of kit.  It’s been designed to be usable out of its carry case, weighs 610g, is quick to setup and is very compact; I could power it up and pop it on the ground, a desk, a shelf or anywhere else you can fit a mug.  I’ve also used it by mounting it on a tripod via the standard tripod mount thread on the bottom.

Obsbot is a camera of two halves, a lower main body and an upper rotating camera.  The main body has 4 battery indicator lights, a USB type C charging port and power button.  The top section can rotate 360 degrees and has the camera along with a microSD card slot and second USB type C port.  It comes with a 32GB card preinstalled but you’ll likely want to swap that out for at least a 128GB card to ensure you don’t quickly run out of space.

It has a 1850mAh battery for use away from a charger, for the video review it was taken to a field and shot a lot of footage without running out of power, at one point recording most of an exercise class.

The camera specs are:

Notice both photo and video, it can be used as a still camera and can also take photos automatically while filming video.

Why get a 128GB memory card?  Obsbot is capable of recording 4k footage at 60FPS and can also record 120FPS at 1080p, quickly filling up the 32GB card if going for maximum quality.  Of course the AI camera is the big selling point, the smarts built in give you an auto cameraman, or should that be camerabot, who tracks your movements and adjusts the zoom.

I’ve used tracking systems before, primarily the DJI OSMO Mobile, and it did a decent job of following my movement.  The Obsbot AI can go one better, it can zoom in and out!  This can produce some really great results, you’ll see in the review video it did a fantastic job of keeping a personal trainer in shot as he moved around a field, zooming in to keep him in shot.

I can see this feature being very useful for those recording lectures, the camera doesn’t need to be at the front of the room, it can be placed further back and still track you moving around the stage, zoomed in to keep you clearly in shot.

Tracking speed can be adjusted, if you’re performing some fast moving action you’ll want to up the tracking speed to ensure you stay in shot, if Obsbot can’t see you it can’t track you.  For those filming something more sedate you’d likely want to reduce the camera movement speed as this provides a smoother, less jarring, movement.  And for those times you don’t want any movement at all the Obsbot can be locked in place, very handy if you want to do a fixed piece to camera.

A key issue at the moment is that memory cards are only FAT32 formatted, which means your recordings get broken up into smaller files.  A firmware update is promised to address this, a pity it wasn’t corrected before/very soon after launch.

Keep in mind there isn’t a microphone on board, you’ll need to add an external mic.  For some this won’t be an issue, you don’t always need to record audio, but for those looking to synchronise speech to the recording later on it’s a good idea to invest in a wireless mic, the Rode Go Wireless has been recommended by other users.

Making use of all the features of Obsbot requires the use of the companion app, free to download.  Once connected to the camera’s Wi-Fi you’ll see a real time view from the camera and have manual control over it.  You can define which subject you want to track, set the camera recording mode/quality, start and stop recordings, review recorded footage and much more.

At the moment there isn’t a way to connect Obsbot to an existing Wi-Fi network, you have to connect to its network.  I hope that’s an option in the future, I wouldn’t need need to swap my phones network when I’m on my local Wi-Fi.

The app gives you manual control over the camera, allowing you to position, zoom and lock the movement if you want a steady shot of something.

If you don’t always want to use the app Obsbot AI recognisies certain hand gestures, for example to start/stop recording.  The app allows you to assigned additional gestures to activate modes such as rolling zoom.  I found gesture recognition worked most of the time, but not 100%.

It’s early days for my use of the Obsbot Tail but so far I’m impressed with the AI camera ability, it certainly opens up new options for me as a solo YouTuber as I’m no longer constrained by static shots.  Further development is required, for example the ability for the camera to recorder longer files, but it’s clear the manufacturer intends this to be a work in progress that they’re continuing to improve.

A lot of the promos show this as an action camera, but I think its potential reaches far beyond bikers and skateboarders.  I can see this being useful to those filming in a kitchen, garage or workshop.  Or in a more formal setting filming speeches or lectures where the speaker moves around the stage.

This isn’t a finished product, it’s mostly there and perfectly usable, it’s one that will get better over the coming months/years as new firmware is released out.

If you do get one be sure to join the Facebook community group for the latest news and to be able to share feedback with the developers and other users: https://www.facebook.com/groups/obsbotbacker/ 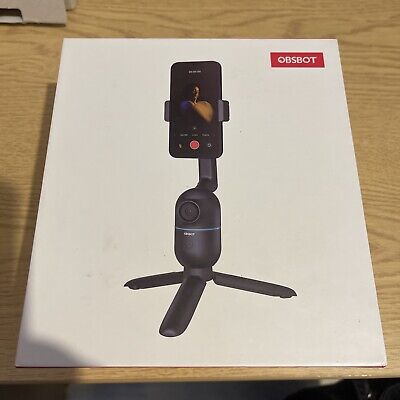 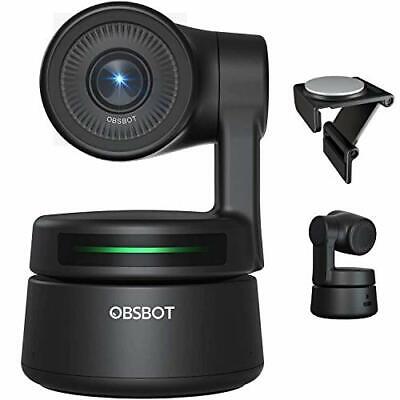 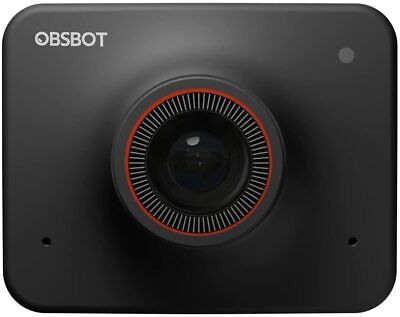 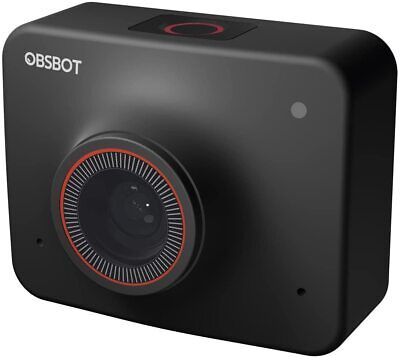 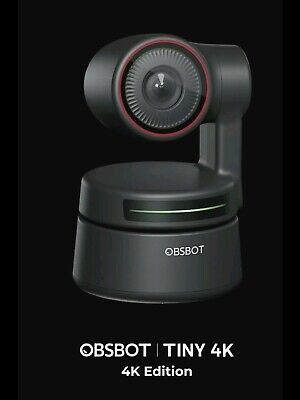 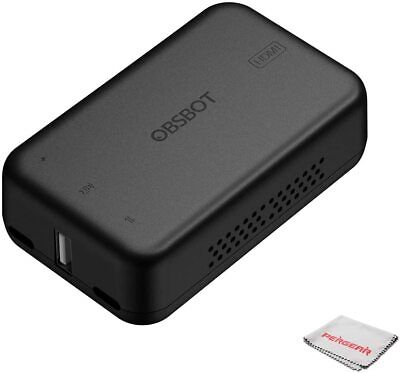 Lighting can make a big difference when taking photos or filming, does the Pixel K80 RGB lighting set delivery on this potential? External security cameras can be a useful tool but are often a pain to install. The Arlo Pro 3 aims to solve the installation problems with a wires free solution, but is it any good?