There’s no shortage of internet connected home security cameras available to you and they usually require an ongoing subscription fee to make the most of them.  SimCam is approaching things a little differently, giving you lots of features for a single one off cost.

The SimCam 1S is great little security camera if you want the advanced AI features you normally pay a subscription for as well as the ability to save files directly ...

The 1S is pitched as an AI indoor home security camera.  The box gives you an overview of the key features:

Many cameras have similar features, but often there is an additional charge to make use of things such as AI functions.

Available in black or white the 1S looks like most cameras on the market, it’s a camera on a base with a motor in to allow the camera to be rotated around.

The base has the power connector and a square mounting hole for those who want to wall or ceiling mount it.

Around the back of the camera is a removable section, secured by a screw, which contains the camera reset button and the microSD card slot (up to 128GB).  An Allan key is included to give you access, careful when removing the screw, it’s tiny!

If you decide to mount it the camera’s vertical position can only be adjusted manually, use can remotely rotate the camera 360 degrees, but you can’t remotely adjust the vertical position.  One thing to note is the motor is rather noisy, if anyone is nearby they’ll be sure to hear the camera turning.

It’s a clean, simple, design that looks nice enough, and is small enough to pop on a bookshelf without taking up loads of room.

The power cable is a very generous length, presumably to cater for those who want to mount the camera high up and need to plug in to a floor level power outlet.  You’ll find a bracket and screws included in the box.

To get started you’ll need to download the SimCam app, recently updated to be called SimHome, which is free on iOS and Android.

After setting up an account, the app uses a smart QR code to add your new device to your SimHome account. The app gets the camera connected to your WiFi network (either 2.4G or 5G thanks to it being duel band) and allows you to give it a friendly name (usually the location).

The app manages all your SimHome products, which includes:

Once the 1S has been added you can put it into position and remotely access the live feed, even when you’re not on the same WiFi network.

The camera automatically switches night vision when it detects there isn’t enough light to see clearly and both normal and night vision footage was very good quality.

If you spot something you want to keep you can us the app to either record video footage or take a photo.  When reviewing footage you can quickly download it to your mobile for later review or sharing with others.

The app gives you complete control over the camera without needing to be near it.  You can watch a live HD video stream, trigger the inbuilt siren, listen in via the on board mic, speak out of the camera via it’s on board speaker, rotate the camera, pinch to zoom in on the image.

The app has a daily report dashboard which shows the number of times it’s detected people, pets and vehicles.

You also use the app to playback footage, ether based on an event or by scrubbing through the camera’s timeline.

The app also allows you to control the cameras settings, changing its name, picture orientation, recording schedule to name but a few.

There are so many options it’s worth taking your time to look through them all and familiarize yourself with the breadth of functionality the camera has.

SimCam have taken the unusual approach of not offering any cloud storage.  You can record to the local SD card but there’s no option to record to the cloud.  This creates a couple of potential issues:

1) The microSD card can quickly fill up

Interesting the 1S offers an alternative storage solution I’ve never seen before, you can record to your NAS drive.  In the apps settings you’re able to add a Network Attached Storage folder location that the camera will record to, giving you your own personal cloud without any subscription fee.

I initially had a problem setting this up and realized it was due to my NAS being set up to use a VPN, when that was turned off the camera had no issue saving files to the drive.

If you’re unsure what a NAS is this probably isn’t the storage option for you.  Most people will be better suited to either just using an SD card or having a cloud subscription offer.  For those with network storage to spare this offer an interesting option unseen on other cameras.

You can use this without any storage, it just means any playback functions aren’t available.

Ever wonder what time the family came home?  SimCam pitch the 1S as an AI Home Camera, and with good reason, it has onboard AI capabilities that allows it to recognize people, pets and vehicles.

This goes beyond the usual motion detection on security cameras.  Yes the 1S can detect motion, but it goes way beyond that.  In the settings menu you’ll find a Face Recognition tab.  This allows you to teach the camera about different people via photos. This feature can be especially useful if you want to keep tabs on the comings and goings of your home, for example you might want to know your child has returned home from school.

Detection can trigger a push alert or you can check out the recorded events in the playback menu.  As it’s possible to link your SimHome account with your Google Assistant, Alexa or IFTTT account this recognition could be used to trigger some additional action (not something I’ve tried).

I found facial recognition to be surprisingly effective, correctly identifying those I’d added to the cameras face recognition library.  Be warned that if you place the camera in a heavy traffic area and have notifications enabled you can end up with a LOT of push notifications on your mobile.

The SimCam 1S is a great option if you’re after a feature rich camera without an ongoing subscription cost.  It’s not for you if you want a camera with simple cloud backup option. 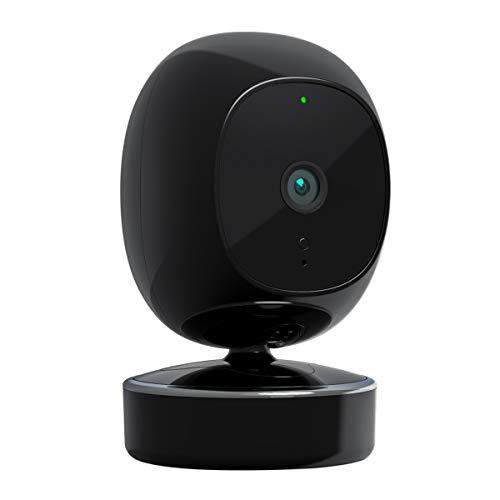